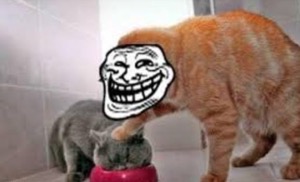 EDIT 1: I replaced most of the pronouns “he” by “they” to make the article more inclusive

EDIT 2: I improved the article, thanks to your awesome feedbacks, thank you very much

15 years of that, during my master, a teacher taught us a new technology, allowing, I quote:

You will not have to write SQL queries anymore! If you are like me, and you hate writing SQL queries you are going to love this framework!

This is how, for the first time, a framework that was growing in popularity was sold to me.

No more complexity of writing SQL queries, we replaced a scripting language with object-oriented programming.

JPA and its best-known Hibernate implementation are thus among the most widely used technologies in the JAVA ecosystem today. Thousands of projects exist on GitHub using them.

Although so many projects use these technologies, in this article I will try to convince you to stop using them in your next projects.

Before I jump into my take about JPA and Hibern-HATE, let me talk about documentation. 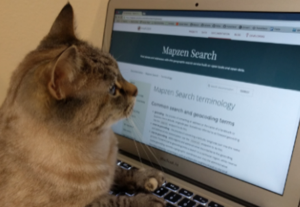 It seems undeniable to me that many who read this article will be able to offer solutions or even counterarguments to some of my reasons for hating JPA / Hibernate.

I would of course be happy to hear them.

However, I would like us to dwell on the official 3.6 Hibernate documentation.

This document is 406 pages long. This is not the most recent version, but one of the latest version still offering the full PDF to download.

The first and most important argument I could have against JPA / Hibernate is this: I don’t want to have to pass a master to perform database queries. 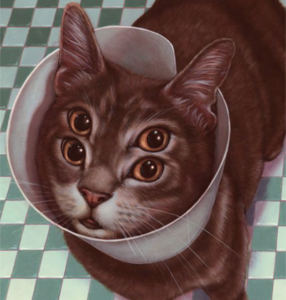 Default empty constructor must be present

Invariant means something that does not change or vary. In Object Oriented Design, a common practice, is to couple the object invariants with its life cycle.

An Order cannot be placed without an Item? Therefore, an Order should NOT be created if an Item is not provided.

A simple example of the implementation of an invariant would be:

In this example, Order without an item, CANNOT be instantiated. And a domain exception is thrown at you.

Hibernate, on the other end, REQUIRES you to write a default constructor, meaning that an Order object can be instantiated with no Item and in this example, even without an id!

A practice I learned to follow is to make a class either final or abstract, this allows multiple things:

This practice might have downsides it is really sad having a framework relying on proxies to construct entities preventing us to do that.

Let’s say that we are starting a new company called ‘Encapsulation’, building secured doors for apartments.

These special kind of doors has two main features:

Would you be interested in a new feature called ‘Reflection’ allowing to bypass this security?

Numerous security breaches have been discovered in frameworks using ‘Reflection’ because it allows unwanted people to enter your house.

Impossible to return a copy or unmodifiable collection in accessors

Ok, so now we are forced to implement getter and setters, so at least let’s try and protect our data from being modified by the clients:

Hum… but this will work only if you use field access with hibernate, if you don’t, another developer can easily do:

I let you read the documentation for further information about that. 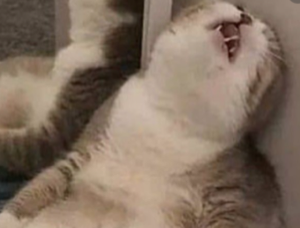 I will not deep-dive too much about this one, LAZY LOADING mechanism in Hibernate is a nightmare for newcomers.

If you end-up using the @Lazy annotation, it simply means one thing: the design of your entities is wrong.

This is as simple as that, but there are two possibilities here:

This is most frustrating point about this framework, you are doomed to adapt your domain model to fit for some simple needs.

Nobody understands the cache mechanism, you end up de-activating it. Worse, those understanding it are not caching query responses, they are caching entities.

Schrodinger’s cat dies each time hibernate performs a flush(), is it dead or alive?

flush() synchronizes your database with the current state of object/objects held in the memory, by default, flush is performed automatically and can occur between the moment you save an entity to the moment the transaction is committed.

This leads us to two pitfalls:

One good practice regarding API’s customer, described in this article is the notion of Tolerant Reader.

Let me quote Martin Fowler on that:

I agree, this recommendation leads to minimizing coupling between a customer and a provider.

What I would argue here, is that a database IS an API. Because it has its own lifecycle, a database can evolve independently of the client versions using it.

Imagine that you need the url of an image stored in the database, what is the difference between:

The first query only consumes the needed table fields url and id.

The second consumes all the fields from the table, which is comparable to run a select * from ....

I argue that we should favor the first option: if we had to rename one other column, we would not break this simple feature.

But what about hibernate?

If you want to do that you have to use complicated projections.

If instead, you fetch the JPA entity representing Image, it will fetch all the columns the same way as the second query. 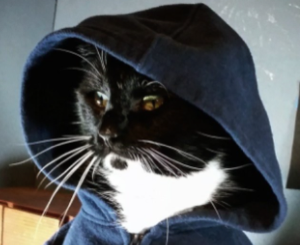 This is the worst. Honestly, never use those annotations. In this example, we are introducing business rules using javax validation annotations.

This is wrong for multiple reasons:

It is time to be honest here, Frameworks are great, but they are evil.

I love open source, really, but big companies sponsoring open-source projects get some of their income from support or third party tools.

They NEED to monopolise the market, and one way to do that, is to make you believe that it is mandatory to use their frameworks.

This loop has to stop, what defines the value of the projects we are working on has nothing to do with technologies and frameworks.

I WANT to solve business problems, I do not want to keep solving technical issues.

To go fast is to go wrong

No, this is wrong.

The premature architecture decisions we make are WRONG. Whenever this is possible, a POC should be started without persistence and minimal interfaces.

What is wrong with SQL? 🙉

Let’s stop using JPA/Hibernate in our projects when simple vanilla SQL can do the work.

Ok, that sucks. Quit your job…

You can use inversion of control for that, just keep in mind that the task will not be easy, that you will write a lot of mappers to navigate between your domain models and your database related JPA entities. But at least, you will simplify the job for the next developers to get rid of it.

I mean… when your manager will be gone.

Well… that sucks even more. I will try to give some piece of advice about that.

Here an example of a JPA entity (using Lombok for simplicity):

In this entity, the default constructor, setters and getters are public.

Now let’s take a look at the service, creating a bank account:

With these two classes, there are multiple problems:

I think we can do better, keeping in mind that Hibernate requires default constructor and setters:

There are multiple things to see in the new implementation:

Whenever possible, you should align-up your entities “functional keys” with the business concept of identity.

A User can be considered unique in one context by its email address, or by its social security number (note: it does not mean that the primary key should be one of them, but the domain model entity should have a clear identity).

Anyway, because your domain model would be bound to your database model with hibernate, think it as a good opportunity for your new entity to own a business identifier instead of a technical auto-generated id.

It is easier to adapt and migrate string than numerical values, plus, having incremental IDs, expose you to having those leaked through the interface, in URLs, and it would allow hackers to guess them.

I really dislike the fact that spring decided to call the interfaces responsible to manage the collection of data model objects XXXRepositories. IMHO, naming them XXXDao emphasizes the fact that they belong to the infrastructure.

Do not let Hibernate generate IDs

Do not use @SequenceGenerator in your @Id primary key. Instead, use an explicit service generating them.

This for multiple reasons:

To summarize, you should have control to your IDs, if one day you want to change them it will be easier.

You still have a big coupling between your “domain” entities and JPA annotations. Sorry, but it will not change easily.

But what you could do, it to mitigate the coupling between your domain layer and spring data.

Once again, JPA DAOs are not domain repositories. You should have an intermediate layer between the domain services and the JPA DAOs.

Let’s go back to our BankAccountService to try and improve it:

Let’s build an interface in our domain layer which will be our domain repository:

Now that we have introduced a new interface, we create an instance of it! This class can be located in your infrastructure layer, far from the domain models:

This class BankAccountsJPAImpl can be injected to your service BankAccountService via the constructor.

If one day you need to update spring-data-jpa and the upgrade breaks your code, you will not need to touch your domain layer.

Let’s say now that we introduce the concept of transactions to our BankAccount:

the Transaction entity being:

It would be tempting to add the many-to-one relationship to Transaction, giving us access to its BankAccount, right? We would have the possibility to navigate easily between BankAccount objects to their Transactions back and forth.

My take is that this should be forbidden.

The association in your JPA entities should be the logical WRITE association of your aggregate.

Meaning that, if the association is useless when your intention is to represent the intention of an actor, it means it should be avoided.

In my example, you could note that BankAccount is not mapped to Owner, it only has its IDs.

The answer is simple, the only invariant (or business rule) that I have between a BankAccount and Owner is that there should be at least one. In other words, the mapping with Owner is useless.

I would even say that this mapping could be dangerous.

See, I could argue that the concept of Owner, even if it has a meaning in my code base, does not belong to the banking context, maybe it belongs to the sales context.

Having an unnecessary relationship between these two classes would arguably bound two contexts which have nothing to do together.

What if I needed to split my databases in two? In order to scale the sales application? Or change the persistence layer underneath? My mapping BankAccount <-> Owner would need to break.

If you do not need more than an id, do not create a mapping.

Don’t make the same mistake again, next time, drop it: